In 2009 Boom Publishers published the long-waited-for Dutch translation of Peter Sloterdijk’s Sphären lll. Schäume – Plurale Sphärologie. I was anxious to read it. Spheres lll, as I would call the book in English is the third book of the ‘Foam trilogy,’ Sloterdijk’s opus magnum and treat to our understanding of humanity, communities and ‘being there.’ For me, Sloterdijk’s writings have become an object to think with regarding media, technology and culture. The trilogy has a straightforward set up: book l, 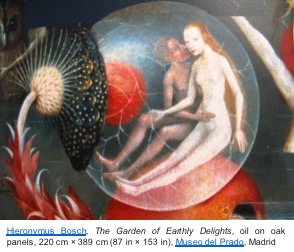 I am Kees Winkel (20-10-1958). I live in Amsterdam and work in Utrecht, Netherlands. I graduated as a primary school teacher in 1979 but never got to the job. Later I studied commercial Communication (1984) and started my marketing communication career in the early eighties as a copywriter. Soon I took interest in the psychological aspects of communication and specialized as brand strategist with advertising agencies. In 2000, I moved to Finland where I worked as Sr. brand strategist with Satama Interactive, mainly consulting companies on digital and mobile marketing, branding and customer care. In 2005, I returned to the Netherlands and have ever since lectured and done research on Crossmedia at the University of Applied Sciences, Institute of Communication, The Netherlands. In 2007, I published 'Vision, Mission, Compassion', a book on communicative strategy. Currently (end 2017) I’m writing my master thesis new media and digital culture at the University Utrecht. View all posts by Kees Winkel